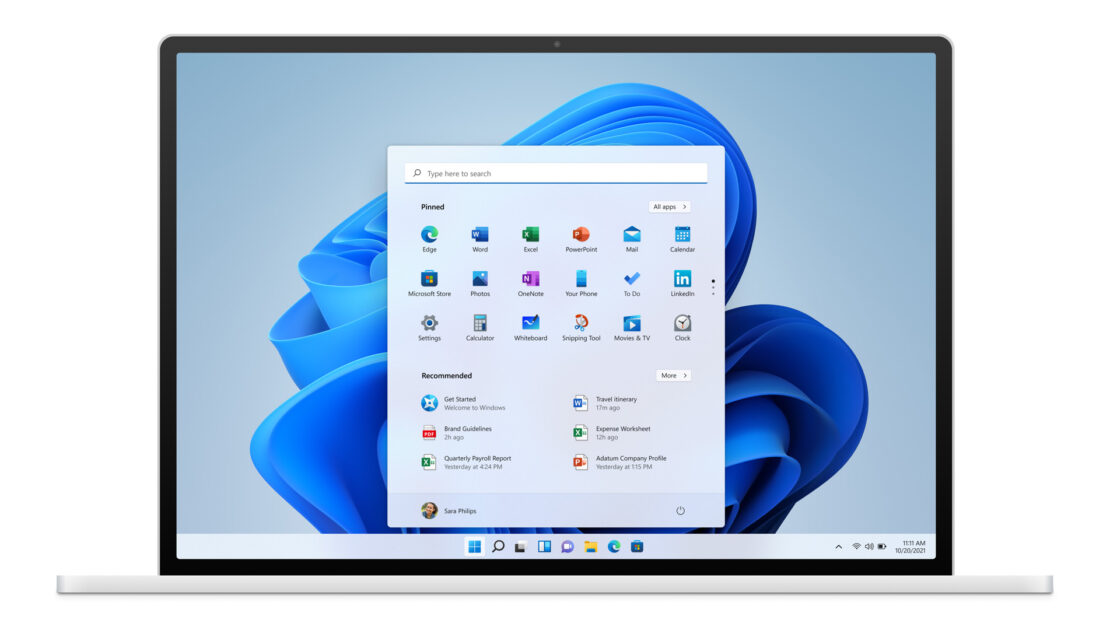 Last week Microsoft unveiled Windows 11, its next-generation operating system that will become available later this year. The details follows their announcement earlier this month that Windows 10 will no longer be supported from 2025.

Windows 11 will be available as a free update to existing Windows 10 users – although some devices will not have the suitable specifications (these include a minimum of 64 gigabytes of storage and 4 gigabytes of RAM). There are currently about 1.3 billion devices running Windows 10.

So what have we learned from the announcement?

~      Windows 11 will let users configure multiple desktops for work, home, and gaming, like on a Mac.

~      One cosmetic change is putting the ‘Start’ button at the bottom-centre of the screen rather than the left-hand side.

~      The interface has been softened with rounded corners and fresh-looking icons, with Teams integrated directly into the taskbar.

It does seem like a feature-rich update, instead a full version release. We will keep you posted as we learn more.

"Any time I speak to you guys at GHM be it via phone or email I am always met with the most helpful, friendly, and knowledgeabl...

Director, Seamless OS Ltd
"Like always we found GHM very helpful and professional, and it was not long before they came up with a system that not only me...

Managing Director, Drain Technology
We are finding the desktop app beneficial and user friendly. The features we particularly like are seeing instantly which staff...